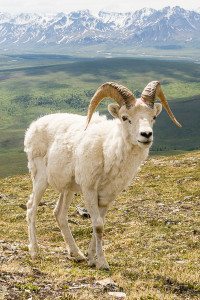 The Denali National Park Guide to Hiking, Photography and Camping contains a chapter (11 pages) on photographing in Denali National Park. Hikes to popular photography locations are included and all hike descriptions indicate if there is a possibility of seeing all or part of Mt. McKinley along the route. See the Photo Gallery for images from Denali.

Beyond the Savage River (Mile 14) from late May to early September you will be using the Denali Park shuttle buses for transportation and often as your camera platform. While the shuttle bus is not as convenient as a car, I do think the measures to restrict road travel have helped maintain wildlife viewing opportunities along the road.

Photographing Denali wildlife from the bus 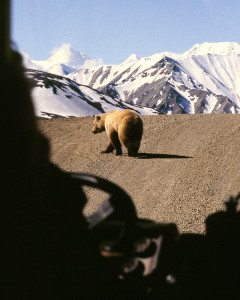 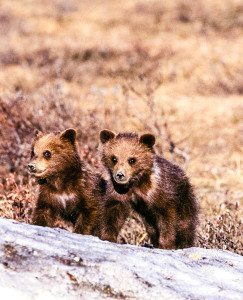 For all animals except bears it is best to get off the bus as near as possible to the animals and then work to photograph them on foot. (Note: The driver will not let you off closer than 1 mile to animals that are near the road so you will have to hike back to them.) Photographing bears from the bus is best since park rules and your safety require a separation distance of 300 yards (275 meters) when you are on foot. Even with a 600 mm lens, bears will be only a small part of the frame at this distance.

Good bear (and other animal) pictures from the bus are possible. The bear photos shown on this website were made from the bus. On lucky days bears are within 50 feet of the road and may walk across the road and along side the bus. Often the elevation of the bus makes it possible to see animals over the brush. Bears on the move can quickly get so close to the bus that a 300 mm or even 200 mm lens will be too powerful to get the whole bear in the frame. A zoom lens or a spare camera with a shorter lens helps in this situation.

In the Denali National Park Alaska Guide to Hiking, Camping and Photography, I describe my techniques for photographing from the bus. 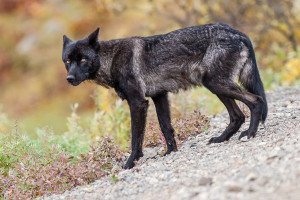 Many larger animals are still shedding their winter fur during early June. However some of my best viewing of Dall sheep ewes and lambs has been in early June when they are still at lower elevations, often along the road in Polychrome Pass. By August the fur on most animals is in prime condition. Caribou and moose antlers are well developed by mid-August; they start losing their velvet in late August. Moose start sparring by the end of August or early September. Grizzly bear fur is blondest in June and July and gets darker as bears prepare for winter. Ptarmigans begin turning white in late August or early September, as do snowshoe hares. 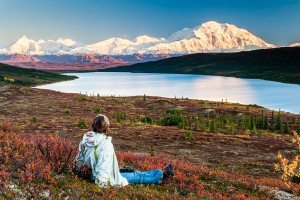 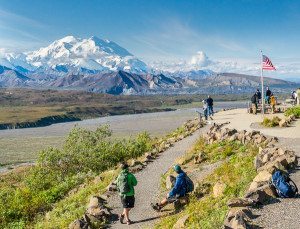 Mount McKinley from Eielson Visitor Center on a rare clear day, in late August, at 11:30 AM. Denali National Park, Alaska.

The first challenge is to get a clear day or at least a clear morning. Less than one third of the summer visitors see the entire mountain. If Mt. McKinley is clear, it is usually early in the morning or late evening. Based on years of observation, I think the best opportunity for seeing Mt. McKinley (if you are coming from the park entrance) is to take early morning buses that arrive at Eielson before 11:00 AM.

If Mt. McKinley is clear in the morning, it usually is shrouded in clouds by noon and remains so until late evening. Tips and locations for photographing Mt. McKinley are provided in the Denali National Park Alaska Guide to Hiking, Photography and Camping. I also include hikes to popular photography sites near Wonder Lake. Hike descriptions also include information on the potential visibility of Mt. McKinley along the hike. 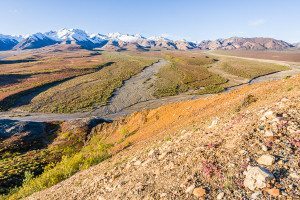 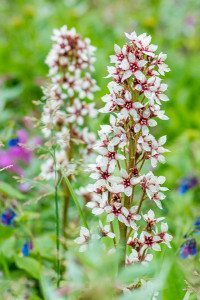 Through about mid-June there is still a lot of brown foliage in much of the park. To find peak green vegetation and flowers for foreground, I plan a trip in late June and early July. Fall colors peak around the end of August or early September. Fall colors can peak and disappear rapidly due to wind, rain or snow!

Mid-June to mid-July is the peak time for wildflowers. Around July 1st, blooms are at their peak in areas along and near the road. Blooms continue later at higher elevations and on north facing slopes. Consult Verna and Fred Pratt’s Wildflowers of Denali National Park for guidelines on locations and blooming times for specific plants and for lists of plants found in various locations including areas covered by many of the hikes in the Denali Guidebook.